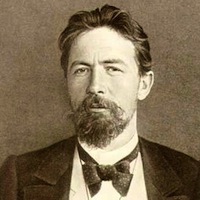 My own experience is that once a story has been written, one has to cross out the beginning and the end. It is there that we authors do most of our lying. 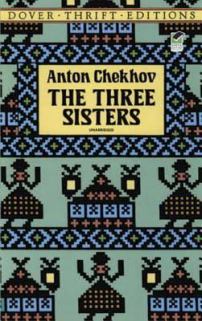 Today, April 23, 2016,  marks the 400th anniversary of Shakespeare’s death, and 452nd birthday.  In honor of this auspicious occasion, here are a few things you may not have known about him.

One: Translations into Klingon

Hamlet and Midsummer Night’s Dream have been translated into Klingon as part of the Klingon Shakespeare Restoration Project by the Klingon Language Institute. It stems from the line in Star Trek VI  by Klingon Chancellor Gorkon, who said, “You have not experienced Shakespeare until you have read him in the original Klingon.”

Also, don’t forget the phenomenal Christopher Plummer, who plays General Chang, in Star Trek VI, who perfected The Shakespeare. Check out the Transmedial Shakespeare to see all of his performances.

There is a curse as an epitaph on Shakespeare’s grave, at Trinity Church, Stratford-on-Avon, written by Shakespeare himself.

To see an analysis of what it means, see The Hudson Review.
Shakespeare’s grave was scanned in march 2016 to search below ground.
They think his skull was stolen from his grave.

Shakespeare’s name has multiple spellings recorded. It seems as though he never signed the same way twice, at least in the six surviving records of his signature. Shakespeare spelt his name as follows in legal documentation (his will, his mortgage, his purchase of a house, and a deposition in the Bellott v Mountjoy case of 1612).

Four: His father was an ale taster

Shakespeare’s father, John Shakespeare, was an expert craftsman in high quality leather goods and gloves. When they moved to Stratford-on-Avon, William’s father was appointed to one of the highest ranking public offices in the town: official ale-taster in 1556. In Elizabethan times, an ale-taster, or ‘conning’ was an important position.

As per Mental Floss:

Since Medieval times, towns across England had appointed official “conners” to test the strength and quality of all locally-brewed ale to ensure that it was sold for a fair price, and would therefore raise an appropriate amount of taxable revenue. The job ultimately carried a considerable amount of responsibility—conners were required to swear an oath, and were given the power to lower the price of ale they deemed to be of poor quality, and to report breweries that were sub-standard or engaged in fraudulent, underhanded practices.

46 God is our refuge and strength, a very present help in trouble.

2 Therefore will not we fear, though the earth be removed, and though the mountains be carried into the midst of the sea;

3 Though the waters thereof roar and be troubled, though the mountains shake with the swelling thereof. Selah.

4 There is a river, the streams whereof shall make glad the city of God, the holy place of the tabernacles of the most High.

5 God is in the midst of her; she shall not be moved: God shall help her, and that right early.

6 The heathen raged, the kingdoms were moved: he uttered his voice, the earth melted.

7 The Lord of hosts is with us; the God of Jacob is our refuge. Selah.

8 Come, behold the works of the Lord, what desolations he hath made in the earth.

9 He maketh wars to cease unto the end of the earth; he breaketh the bow, and cutteth the spear in sunder; he burneth the chariot in the fire.

11 The Lord of hosts is with us; the God of Jacob is our refuge. Selah.

Happy Birthday to the Bard!