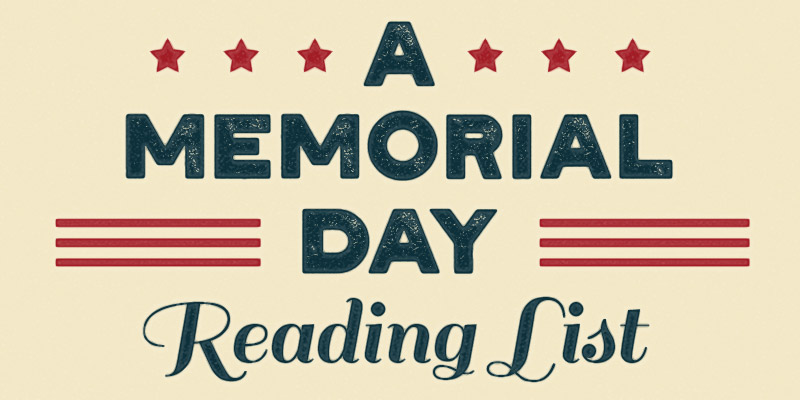 Every year, we remember those who served in the armed forces. Below are a few books to honor the courageous individuals who defended our country.

While detailing the influenza outbreak of Denver in 1918, “Pale Horse, Pale Rider” concurrently captures all the waste and horror of the World War I trenches half-a-world away: “No more war,” Porter wrote, “no more plague, only the dazed silence that follows the ceasing of the heavy guns; noiseless houses with the shades drawn, empty streets, the dead cold light of tomorrow. Now there would be time for everything.”

The decline of the Austro-Hungarian empire as lived through one tragically flawed family, Roth’s magnum opus is part political novel, part sweeping epic, and part elegy to an old world and forgotten vision.

Ernest Hemingway: For Whom The Bell Tolls

The Personal Memoirs of U. S. Grant is an autobiography by Ulysses S. Grant, the 18th President of the United States, focused mainly on his military career during the Mexican–American War and the American Civil War, and completed as he was dying of throat cancer in 1885. The two-volume set was published by Mark Twain shortly after Grant’s death.

Frederick brings it all together in this nonfiction account of how an American platoon’s war crime came to be in 2006 Iraq, and the harrowing aftereffects of it. Unquestionably one of the best works of journalism to emerge from the Iraq and Afghanistan wars, The New York Times Book Review compared it to In Cold Blood, with one crucial difference: Black Hearts is all true.

Inez Victor knows that the major casualty of the political life is memory. But the people around Inez have made careers out of losing track. Her senator husband wants to forget the failure of his last bid for the presidency. Her husband’s handler would like the press to forget that Inez’s father is a murderer. And, in 1975, the year in which much of this bitterly funny novel is set, America is doing its best to lose track of its one-time client, the lethally hemorrhaging republic of South Vietnam. As conceived by Joan Didion, these personages and events constitute the terminal fallout of democracy, a fallout that also includes fact-finding junkets, senatorial groupies, the international arms market, and the Orwellian newspeak of the political class.

Using his own experiences as a journalist and propagandist with the Red Army during the war against Poland, Babel brings to life an astonishing cast of characters from the exuberant, violent era of early Soviet history: commissars and colonels, Cossacks and peasants, and among them the bespectacled, Jewish writer/intellectual, observing it all and trying to establish his role in the new Russia. Drawn from the acclaimed, award-winning Complete Works of Isaac Babel, this volume includes all of the Red Cavalry cycle; Babel’s 1920 diary, from which the material for the fiction was drawn; and his preliminary sketches for the stories―the whole constituting a fascinating picture of a great writer turning life into art.

Chimamanda Ngozi Adichie: Half of a Yellow Sun

With effortless grace, celebrated author Chimamanda Ngozi Adichie illuminates a seminal moment in modern African history: Biafra’s impassioned struggle to establish an independent republic in southeastern Nigeria during the late 1960s. We experience this tumultuous decade alongside five unforgettable characters: Ugwu, a thirteen-year-old houseboy who works for Odenigbo, a university professor full of revolutionary zeal; Olanna, the professor’s beautiful young mistress who has abandoned her life in Lagos for a dusty town and her lover’s charm; and Richard, a shy young Englishman infatuated with Olanna’s willful twin sister Kainene.

Half of a Yellow Sun is a tremendously evocative novel of the promise, hope, and disappointment of the Biafran war.