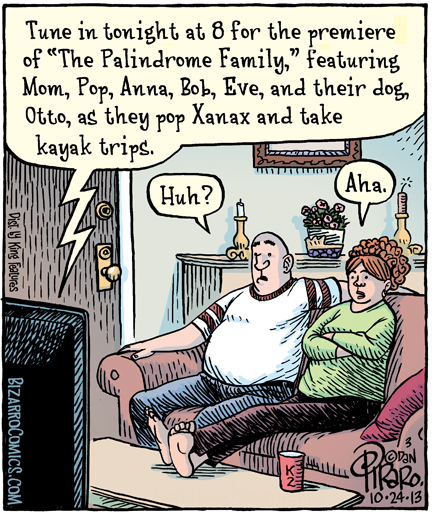 On April 11, 1814, the Treaty of Fontainbleau was signed between Austria, Russia, Prussia, and Hungary, who where the victorious nations of the Battle Leipzig and of the Sixth Coalition War, and Napoleon Bonaparte. Napoleon abdicated the throne, and as per the terms of the Treaty, is exiled to the Mediterranean isle of Elba.

The island of Elba, adopted by His majesty the Emperor Napoleon as the place of his residence, shall form during his life, a separate principality, which shall be possessed by him inn full sovereignty and ownership. There shall be given besides, in full property, to the Emperor Napoleon, an annual revenue of 2,000,000 francs in rentes upon the ledger of France of which 1,000,000 shall be in reversion to the Empress.

Can you make up your own Palindromes?